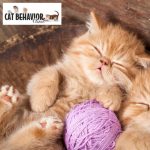 September 2011 (2 weeks into the behavior plan) Update on Shadow using the cat door. I’ve been busy at work and the weather has started getting bad, so I haven’t been outside on the patio much lately. I think we have finally achieved success!! It has been cold, windy, and rainy the past couple of days, so I really don’t want the flap propped open. Two nights ago, he was sitting next to the regular cat door flap, acting like he wanted to go out. I went over and pushed it open for him but he didn’t go out. A while later, the same thing happened, I pushed it open for him, only this time, he went out. I went out and checked and he had urinated in the box. I decided to leave the flap down and go to bed. The next morning, I went out and checked, and he had urinated in the litter box again during the night, which means he went in and out through the flap.. So last night, I decided to just leave the flap down and take my chances. Monday 9/19 This morning, I checked the box and he had used it at least twice since last night. So this proves he knows how to go in and out the regular flap!!! Monday evening – I came home from work and was talking on the phone. I noticed Shadow sitting near the closed cat flap. He looked at me a couple of times and I walked out of the room. While I was out, he went through the cat door to use the litter box!!! I am going to continue using (behavior advice removed) and going out on the deck when its nice enough out, but I do think we have turned the corner on this cat flap, finally!!!! Tuesday evening I was at home after work sitting on the couch. He went out through the regular cat door flap, used the litter box, hung out on the deck for a while, then popped back through. I almost cannot believe he finally is doing it. Such a relief!!!!!!!!!!!!!!!!!!!!! Thank you, Erin M.